In the third week of February Canada celebrates “Freedom to read week”. It doesn’t get as much press here as it does in the United States, probably because we pride ourselves on being a polite and tolerant society. In every country though, there are people who believe that they should choose the rules that govern intellectual freedom.

There are many reasons that books get “challenged”, which means someone wants them removed or at the very least access restricted. Or “banned”, which means that a governing body agrees with the challenge, and books are required to be removed from public libraries or restricted to only certain patrons.

However, just because a book was challenged or banned at one point in history, or in one country, doesn’t mean it is forever unacceptable. Many books, in fact all on the following list, have been banned or challenged at some point either here or somewhere else, and yet they are very welcome on bookshelves today. It is good to remember that understanding is evolving, and what we once were offended by, or in some cases not offended by, can change as society grows and develops. Our decisions are informed by current understanding, and it can be a very good thing that that is evolving rather than static.

Now you may be wondering how this could possibly apply to children and young adult books. The same article that gave those statistics, states that the beloved Judy Blume is the author most frequently featured on this books list with five of her titles. And the now classic Harry Potter series topped the list for most frequently challenged books for the first decade of this millennium.

For a more comprehensive list of books challenged in Canada you will find this link to the Penguin House publishers website very interesting. https://www.freedomtoread.ca/challenged-works/#.W6jdOxP49E8

While our library is small, we are pleased to provide quality literature and diverse points of view for your education, entertainment and edification. So, to properly celebrate this year’s “Freedom to Read Week”, which is February 20-26, 2022, I present a list, in alphabetical order, of books in our library that have been banned or challenged somewhere in the world, at some point in the past. 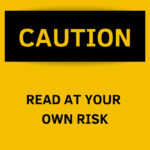 Are you there God? It’s me, Margaret – For talking about puberty.

Here’s to you, Rachel Robinson – For unidentified reasons.

Forever in Blue: the fourth summer of sisterhood – For sex and drinking.

Alice in wonderland – Because the animals talk. Banned in China.

The perks of being a Wallflower – For drugs, sex, and bad language

The Supernaturalist – For the occult.

The Hunger Games series – For anti-family and occult content among other things.

James and the Giant Peach – Because the spider licked its lips. They thought it could be sexy.

Witches – For being un-feminist.

Just Listen – For being too intense.

An Abundance of Katherines – For sex.

The Fault in our Stars – For mortality, sex and bad language.

Looking for Alaska – For sex.

Paper Towns – For sex and bad language, including “honey bunnies”.

Don’t you dare read this, Mrs. Dunphrey – For stress, and bad home life.

To Kill a Mockingbird – For bad language, among other reasons.

A Wrinkle in Time – For unclear morality, and mentioning Jesus.

The call of the Wild – For personal views of the author. Burned by the Nazis in 1933.

Brown bear brown bear what do you see? – The author had the same name as another author someone didn’t like.

The Twilight series – For a vampires, religious viewpoint, and sex.

The Junie B. Jones series – For bad grammar.

Bridge to Terabithia – For bad language, witchcraft, and atheism.

The Harry Potter series – For satanism.

The boy who lost his Face – For bad language.

The Catcher in the Rye – For bad language, violence, sex and the occult, etc.

Hop on Pop – For encouraging violence against fathers.

The Lorax – For being anti-logging industry.

A light in the Attic – For promoting violence and disrespect.

The Giving Tree – For being anti-feminist

Of Mice and Men – For bad language, racism, and violence.

The Grapes of Wrath – For being inaccurate, and possibly obscene.

The Adventures of Huckleberry Finn – For using the word “sweat” among other reasons.

The Adventures of Tom Sawyer – For bad language and racism.

This list is not comprehensive. But if you are interested, many of the books in our library that have been banned or challenged somewhere in the world have a book mark in them this month to help you identify them.  I wish you happy browsing and and I will leave you with this quote by the brilliant author, and outspoken Library advocate, Neil Gaiman.

“Freedom to write, freedom to read, freedom to own material that you believe is worth defending means you’re going to have to stand up for stuff you don’t believe is worth defending, even stuff you find actively distasteful, because laws are big blunt instruments that do not differentiate between what you like and what you don’t, because prosecutors are humans and bear grudges and fight for re-election, because one person’s obscenity is another person’s art.
Because if you don’t stand up for the stuff you don’t like, when they come for the stuff you do like, you’ve already lost.”
― Neil Gaiman