When the e-reader was first put out there, many assumed that it would be the demise of the paper-filled book, and of libraries themselves.  That was over 20 years ago and we are still going strong!  The March 14, 2019 Clipper, when discussing local libraries, noted that “despite increased public access to online reading materials, attendance and activity at libraries has seen an increase from 2017 to 2018.” At the PPL, patron numbers have increased, as have number of books going out.  There is definitely a love for e-books as well and internet users have more than doubled.  We definitely see the appeal of the e-reader but are glad that people still love to come into the library and enjoy browsing the stacks. Thank you, patrons!

Just days after his 90th birthday, Max Eisen has been named the winner of CBC’s annual Canada Reads competition for his Holocaust memoir By Chance Alone. Eisen’s 2016 book tells his story of being taken to Auschwitz at the age of 15 to work as a slave labourer. He came to Canada in 1949. 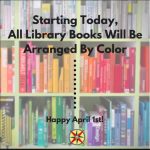