We are reopening! As of Sunday July 18, the Pinawa Public Library is open to the public. We will still be providing curbside pick-up and drop-off for those who feel uncomfortable or are unable to come into the library.

This week’s Storytime theme is Space! Join us on the rocks outside the library at 1:30 on Wednesday for some space-themed jokes, stories, snack and a craft! Don’t forget to register, as we only have three spots left for this week’s session.

Our library ghost is on strike this week, so we cannot provide his list of book recommendations. Instead, we are having a Beautiful Book Pageant! We have selected five nominees with beautiful covers, and it is up our subscribers to pick the winner. 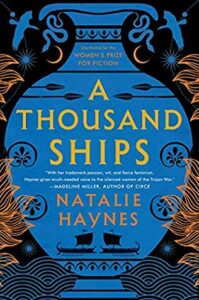 A Thousand Ships, by Natalie Haynes

This book is the story of the women of the Trojan War; from the Trojan women whose fates now lie in the hands of the Greeks, to the Amazon princess who fought Achilles on their behalf, to Penelope awaiting the return of Odysseus, to the three goddesses whose feud started it all. 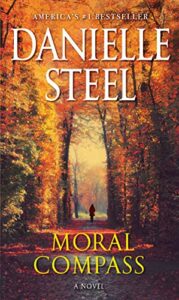 For the first time, prestigious school Saint Ambrose Prep has just enrolled its female students. In such a heightened environment, even the smallest spark can become a raging fire.

The day after a party, Vivienne lies in the hospital, injured and with a dangerous level of alcohol in her blood. Only the handful of other pupils who were there when she was attacked know what happened, and they have closed ranks. As parents, students, staff and the media attempt to establish the truth, no-one at Saint Ambrose will escape the fallout. 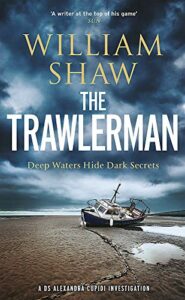 The Trawlerman, by William Shaw

In the fourth book in the Alexandra Cupidi series, deceit is found in the most unlikely places. The brooding waters of the Kent coastline offer an ominous backdrop for this lively page-turner of corruption, mental health and the complexities of human connection. 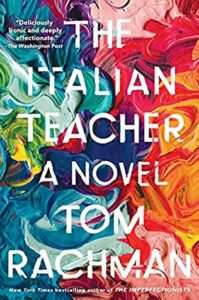 The Italian Teacher, by Tom Rachman

What makes an artist? In The Italian Teacher, Tom Rachman displays a nuanced understanding of art and its demons. In his main character Pinch, who worships his abandoned father, he creates a portrait of vulnerability and frustrated talent that challenges the very idea of greatness. 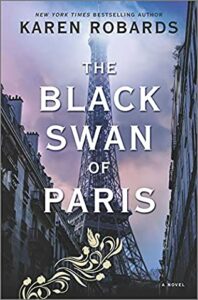 This book follows three women in the Second World War. Celebrated singer and secret French Resistance member Genevieve Dumont is shocked when her estranged mother, Lillian de Rocheford, is captured by Nazis. The resistance movement is tasked with silencing her by any means necessary – including assassination – but Genevieve refuses to let that happen, and reuniting with her long-lost sister, they set out across Occupied France to save her.

Be sure to let us know your vote for the most beautiful book!

Fiction – The Heiress, by Molly Greeley

Those of us who have read Jane Austen’s Pride and Prejudice may remember Anne de Bourgh, Lady Catherine de Bourgh’s sickly daughter who was supposed to marry Mr. Darcy. In this book, Molly Greeley tells Anne’s side of the story.

“As a fussy baby, Anne was prescribed laudanum to quiet her and has been given the opium-heavy syrup ever since, on account of her continuing ill health. While Lady Catherine is outraged when Darcy chooses not to marry her daughter, Anne barely even notices.

But little by little, she comes to see that what she has always been told is an affliction of nature might in fact be one of nurture – and one, therefore, that she can beat. She finally throws away her laudanum and seeks refuge at the London home of her cousin, Colonel Fitzwilliam.

Suddenly wide awake to the world but utterly unprepared, Anne must forge a new identity among those who have never seen the real her – including herself.” (Publisher)

Crime – We Begin at the End, by Chris Whitaker

Now, he’s been released from prison and is back in his hometown of Cape Haven, California. Not everyone is pleased to see him. Like Star Radley, his ex-girlfriend, and sister of the girl he killed.

Duchess Radley, Star’s thirteen-year-old daughter, is part-carer, part-protector to her younger brother, Robin – and to her deeply troubled mother. But in trying to protect Star, Duchess inadvertently sets off a chain of events that will have tragic consequences not only for her family, but also the whole town.

How far can we run from the past, when the past seems doomed to repeat itself?” (Publisher)

Non-fiction – War: How Conflict Shaped Us, by Margaret MacMillan

“Is peace an aberration? The bestselling author of Paris 1919 offers a provocative view of war as an essential component of humanity.” (Publisher)

In War, Margaret MacMillan lays out how organized war has shaped and been shaped by the arts, political ideas, geography and other forces. She delves into how societies create “the warrior,” the roles women have played in war, how war affects civilians, and how societies have tried to create rules regarding war. In essence, MacMillan points out how war and human society are deeply intertwined.