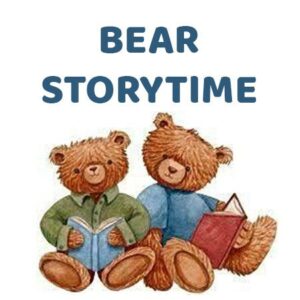 This week’s Storytime theme is Bears! Join us on the rocks outside the library at 1:30 on Wednesday for some bear-themed jokes, stories, snack and a craft! Don’t forget to register, as we only have seven spots left for this week’s session. 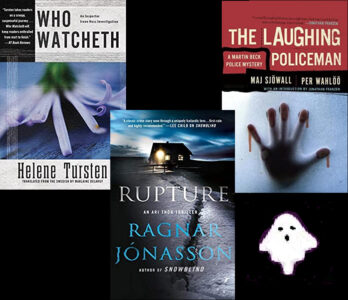 Our library ghost was very unhappy we replaced his book recommendation segment last week with our beautiful book pageant. This week he knocked over a bunch of Nordic Noir books. Nordic Noir is a sub-genre of crime fiction set in Scandinavian countries. These books are often dark and contain social criticisms. The stories are often told from a police point-of-view, and have morally complex narrators. Over the last year, our library has been expanding its Nordic Noir collection. So if you are looking for a darker read this summer, take up the library ghost’s recommendations and check a Nordic Noir book from the Pinawa Public Library!

Aria is the debut novel of an Iranian-Canadian author about the Iranian Revolution as experienced by an orphan girl named Aria, who must come to terms with the mysteries of her past and her future.

“Iran in the 1950s is wealthy in oil but riven by divisions of class, ethnicity, and religion, and its corrupt government is under foreign influence. At this volatile moment, an illiterate driver rescues a redheaded, blue-eyed baby girl who has been abandoned in a Tehran alley and names her Aria. When he can no longer care for her, he finds her a new home, setting her on an unlikely path from extreme deprivation to a life of privilege.

Along the way, Aria acquires three mother figures with secrets of their own: one who abuses her, one who adopts her, and one whose role in her life is initially mysterious. At university, Aria is drawn ever further from her poverty-stricken past, until the 1979 revolution brings her various worlds violently together again. She and her friends are swept up in the excitement and danger as the shah is overthrown, but the final stage of the revolution will bring the Ayatollah Khomeini to power at the head of a brutal theocracy – just as Aria has become a mother herself.” (Publisher)

The third book in the William Warwick series by New York Times bestselling author Jeffrey Archer is a historical mystery digging out corruption at the heart of a famous police force.

“Newly promoted to Detective Inspector, William Warwick is tasked with a dangerous new line of work, to go undercover and expose crime of another kind: corruption at the heart of the Metropolitan Police Force. Along with detectives Rebecca Pankhurst and Nicky Bailey, his team is focused on following Detective Jerry Summers, a young officer whose lifestyle exceeds his income. But the investigation risks being compromised when Nicky falls for Summers.

Meanwhile, notorious drug baron Assem Rashidi goes on trial, defended by Booth Watson QC, while William’s father Sir Julian and sister Grace lead the prosecution case. And William’s wife Beth, now a new mother to twins, makes a surprising new friend in Christina Faulkner—the ex-wife of William’s former rival, criminal financier Miles – who has not only turned over a new leaf, but also has a new-found source of income when Faulkner dies suddenly of a heart attack and she stands to be sole inheritor of his estate.

As the undercover officers start to draw the threads together, William realizes that the corruption may go deeper still, and more of his colleagues than he first thought might be willing to turn a blind eye.” (Publisher)

This book is a true story of how a young boy survived the streets and managed to escape from North Korea.

“Every Falling Star is the memoir of Sungju Lee, who at the age of twelve was forced to live on the streets of North Korea and fend for himself. Sungju tells what it was like to be separated from his parents to be alone; to have to create a new family with his gang, his “brothers”; to be hungry every day; and to fear arrest, imprisonment and even execution.

In this compelling true story, Lee grimly reveals that many of the freedoms taken for granted in the West do not exist in other lands…and that hope if often all there is to cling to.” (Publisher)