Summer at the Library Newsletter August 22, 2021 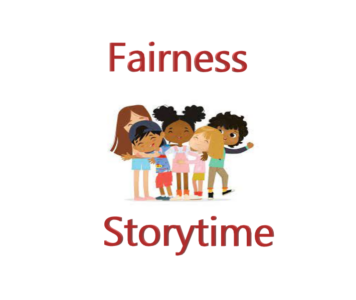 This week’s Storytime theme is fairness! Join us on the rocks outside the library at 1:30 on Wednesday for some fair-themed jokes, stories, snack and a craft! Don’t forget to register, as we only have six spots left for this week’s session!

Our library ghost must have been in a spacey mood this week, for he knocked down Leviathan Wakes, the first book in the Expanse series by James S.A. Corey. The Expanse series is a bestselling science fiction series in which much of the solar system has been colonised by humans. Superpowers Earth and the Martian Congressional Republic maintain an uneasy military alliance, but when an Earth ship is destroyed, Mars is blamed. As war brews, Jim Holden and his crew must uncover the secret beyond a derelict ship. So if you would like to try a science fiction story, take up our ghost’s recommendation, and check out Leviathan Wakes at the Pinawa Public Library!

This book is a story about how a strange train journey changed one couple forever.

“When Otto and Xavier Shin declare their love, an aunt gifts them a trip on a sleeper train to mark their new commitment—and to get them out of her house. Setting off with their pet mongoose, Otto and Xavier arrive at their sleepy local train station, but quickly deduce that The Lucky Day is no ordinary locomotive. Their trip on this former tea-smuggling train has been curated beyond their wildest imaginations, complete with mysterious and welcoming touches, like ingredients for their favorite breakfast. They seem to be the only people on board, until Otto discovers a secretive woman who issues a surprising message. As further clues and questions pile up, and the trip upends everything they thought they knew, Otto and Xavier begin to see connections to their own pasts, connections that now bind them together.

Peaces is about what it means to be seen by another person—whether it’s your lover or a stranger on a train—and what happens when things you thought were firmly in the past turn out to be right beside you.” (Publisher)

Plot is a twisty novel about an author who steals one of his student’s ideas – and finds it coming back to haunt him.

“When a young writer dies before completing his first novel, his teacher, Jake, (himself a failed novelist) helps himself to its plot. The resulting book is a phenomenal success. But what if somebody out there knows?

Somebody does. And if Jake can’t figure out who he’s dealing with, he risks something far worse than the loss of his career.” (Publisher)

Non-fiction – The Babysitter: My Summers with a Serial Killer, by Liza Rodman

What if the man who babysat you was a serial killer? This part memoir, part true crime story recount one woman’s experience of exactly that.

“Growing up on Cape Cod in the 1960s, Liza Rodman was a lonely little girl. During the summers, while her mother worked days in a local motel and danced most nights in the Provincetown bars, her babysitter—the kind, handsome handyman at the motel where her mother worked—took her and her sister on adventures in his truck.

But there was one thing she didn’t know; their babysitter was a serial killer.

Some of his victims were buried—in pieces—right there, in his garden in the woods. Though Tony Costa’s gruesome case made screaming headlines in 1969 and beyond, Liza never made the connection between her friendly babysitter and the infamous killer of numerous women, including four in Massachusetts, until decades later.

Haunted by nightmares and horrified by what she learned, Liza became obsessed with the case. Now, she and cowriter Jennifer Jordan reveal the chilling and unforgettable true story of a charming but brutal psychopath through the eyes of a young girl who once called him her friend.” (Publisher)