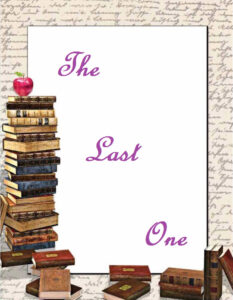 This is the last Summer at the Library newsletter for this summer. We hope you enjoyed reading them, and learning about some of the new books and activities at the library this summer. Look out for the Biblio File returning soon! 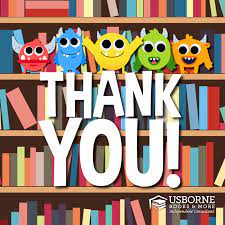 Storytime has finished for this summer. We would like to thank everyone who participated this summer, and made Storytime a success. We had lots of fun, and hope you did too!

The library ghost was in a fantastical mood this week, knocking down Han Suyin’s The Enchantress. This book is a story of twins Colin and Bea who journey to eighteenth-century China. In this world of magic, emperors and treasure, Colin and Bea discover their destinies – one of love, and another of treachery. If you are interested in trying a fantasy book, take up our ghost’s recommendation, and try The Enchantress at the Pinawa Public Library! And keep an eye out for the library ghost in the Biblio File! 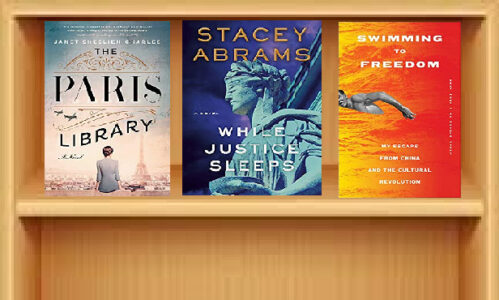 This week’s fiction pick is a Second World War story about books, forgiveness and friendship.

“Paris, 1939: Young and ambitious Odile Souchet seems to have the perfect life with her handsome police officer beau and a dream job at the American Library in Paris. When the Nazis march into the city, Odile stands to lose everything she holds dear, including her beloved library. Together with her fellow librarians, Odile joins the Resistance with the best weapons she has: books. But when the war finally ends, instead of freedom, Odile tastes the bitter sting of unspeakable betrayal.

Montana, 1983: Lily is a lonely teenager looking for adventure in small-town Montana. Her interest is piqued by her solitary, elderly neighbour. As Lily uncovers more about her neighbour’s mysterious past, she finds that they share a love of language, the same longings, and the same intense jealousy, never suspecting that a dark secret from the past connects them.” (Publisher)

From real-life lawyer Stacey Abrams comes a legal thriller about a young law clerk embroiled in a terrifying mystery.

“Avery Keene, a brilliant young law clerk for the legendary Justice Howard Wynn, is doing her best to hold her life together—excelling in an arduous job with the court while also dealing with a troubled family. When the shocking news breaks that Justice Wynn—the cantankerous swing vote on many current high-profile cases—has slipped into a coma, Avery’s life turns upside down. She is immediately notified that Justice Wynn has left instructions for her to serve as his legal guardian and power of attorney. Plunged into an explosive role she never anticipated, Avery finds that Justice Wynn had been secretly researching one of the most controversial cases before the court—a proposed merger between an American biotech company and an Indian genetics firm, which promises to unleash breathtaking results in the medical field. She also discovers that Wynn suspected a dangerously related conspiracy that infiltrates the highest power corridors of Washington.

As political wrangling ensues in Washington to potentially replace the ailing judge whose life and survival Avery controls, she begins to unravel a carefully constructed, chesslike sequence of clues left behind by Wynn. She comes to see that Wynn had a much more personal stake in the controversial case and realizes his complex puzzle will lead her directly into harm’s way in order to find the truth.” (Publisher)

Non-fiction – Swimming to Freedom: My Escape from China and the Cultural Revolution, by Kent Wong

This book is a memoir about a largely-unknown point in history, in which thousands risked swimming from China to Hong Kong to escape oppression.

“When Kent Wong was a young boy, his father, a patriotic Chinese official in the customs office in Hong Kong, joined an insurrection at work and returned with the family to the newly established People’s Republic of China. Hailed as heroes, they settled in the southern city of Canton. But Mao’s China was dangerous and unstable, with landlords executed en masse and millions dying of starvation during the Great Leap Forward.

Mao’s Hundred Flower Campaign ensnared Kent’s father. A decade later the Cultural Revolution closed schools, plunged the country into chaos, and scattered Kent and his sisters to disparate villages where they struggled to eke out a bare existence. Kent began to realize that with higher education closed to him (as the son of a “capitalist rightist”),  he had no future in China. So, when he hooked up with a dissident underground and heard about fellow countrymen braving extraordinary hardship to reach freedom by swimming across miles of open water to Hong Kong, he decided to risk his life for a better future.” (Publisher)