Honouring Indigenous History at the Library

Honouring Indigenous History at the Library 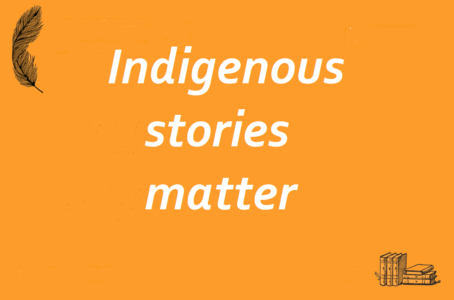 September 30th is the National Day for Truth and Reconciliation in Canada. As part of reconciliation, it is important to learn about the history of Indigenous people in Canada and in Pinawa.

Pinawa sits on the western edge of Treaty 3, the homeland of the Anishinabewaki (Anishinabek/Anishinaabe/Ojibwe) and the Michif Piyii (Metis) peoples. Treaty 3, also known as the North-West Angle Treaty, was signed on October 3, 1873. This agreement allowed the Government of Canada access to Indigenous land in present-day northwestern Ontario and eastern Manitoba. In exchange, the federal government promised to provide Anishinaabe people with monetary awards, and to set aside reserves for them on which to live. The Anishinaabe people also kept their rights to hunt, fish and use natural resources in the territory.

However, many of the verbal promises the federal government made were not included in the written version of Treaty 3. For example, the written treaty did not guarantee the right of the Anishinaabe people to extract minerals from reserves. Nor did it include a conscription exemption for Anishinaabe people.

Treaty 3 set a precedent for the rest of the Numbered Treaties, and was unique in its inclusion of the Metis people as a distinct Indigenous group. However, since its signing, Treaty 3 has been at the centre of disputes over land rights, as provincial and federal governments have issued licenses that Anishinaabe people argue violates their treaty rights. Today, the Indigenous signatories’ descendants maintain that their ancestors agreed to share the land and its natural resources – they did not agree to entirely cede their land, or give up their sovereignty.

For more information on Treaty 3, please visit the Grand Council Treaty #3, the Government of the Anishinaabe Nation in Treaty 3, or the Canadian Encyclopedia article on Treaty 3.

The Pinawa Public Library acknowledges we are located on the homeland of the Anishinaabe and Michif Piyii people, and respects their history, and their stories. If you would like to learn more about their histories, governance or events, please visit Anishinabek Nation or Metis Nation. Additionally, Native Land is an interesting resource if you would like to explore the different treaties and Indigenous peoples living across Canada in an interactive map format.

If you would like to learn more about Indigenous histories, or read stories written by Indigenous authors, the Pinawa Public Library has children and adult book displays showing Indigenous books. We encourage you to explore these books at the library, or to use the key word “Indigenous” in the Search Our Catalogue function on our website.

A small volunteer committee has organized activities to mark Canada‘s first National Day for Truth and Reconciliation. All are welcome to join on Thursday, September 30th at 1:00. The event will begin at the pergola on Willis and continue as we journey together down the Ironwood Trail to the Pinawa Sundial. Attendees will gather again for a fire, tea and bannock. The Pinawa Public Library encourages those who are able to attend.

If you are interested in participating in the even (setting up, building the fire, preparing bannock) the committee welcomes your help. Please contact Kelly McGirr-Murray by calling 204 753-2148 and leaving a message.